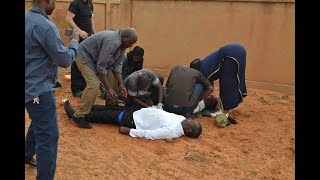 RPS Partnership expanding its training base into West Africa

Latest news to your desktop 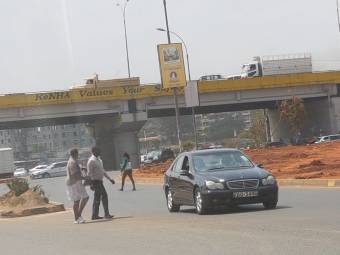 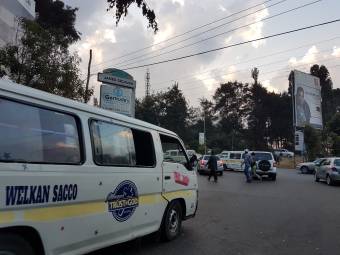 Anyone travelling to Kenya at the moment and the foreseeable future, needs to be aware that there has been a specific threat made by the terrorist group, al Shabaab, against those living, working and travelling in Nairobi. Please get in touch if we can assist you to travel there safely, provide travel advice or you need assistance as an organisation in ensuring that your corporate security plans meet the threat and the risks that are now facing travellers in Kenya. Contact us on info@rpspartnership.com to arrange an informal chat.

The following advice has just been sent out

Intelligence officials warned that the Somali-based militant group al-Shabaab plans to conduct an attack in Nairobi in July or August. The militants reportedly intend to target popular tourist venues with explosive materials smuggled into the country. Al-Shabaab carries out intermittent attacks in Kenya, and Nairobi has been hit by two large-scale attacks in recent years.

It has been known for a long time that terrorists are very likely to try to carry out attacks in Kenya. The British Foreign Office (FCO) has been issued advice on its website and UK Counter Terrorism Policing has information and advice on staying safe abroad and what to do in the event of a terrorist attack.

Following the terrorist attack on the DusitD2 hotel and commercial complex at 14 Riverside in Nairobi on 15 to 16 January 2019, the Inspector General of the Kenyan Police has called on the public to adopt a higher level of vigilance and report any suspicious people or activity straight away.

There’s a heightened threat of terrorism, including terrorist kidnappings, across Kenya, including to people travelling in or through Nairobi, the coast and resort areas around Mombasa and Malindi and their surrounding areas, and the northern border counties. Attacks, including terrorist kidnappings, could target Westerners, including British nationals. Attacks could be indiscriminate in places frequented by foreigners including hotels, bars, restaurants, sports bars and nightclubs, sporting events, supermarkets, shopping centres, coastal areas including beaches, government buildings, airports, buses, trains and other transport hubs. Places of worship including churches and mosques have also been targeted. Be particularly vigilant in these areas.

Why is this happening?

The main terrorism threat is from extremists linked to Al Shabaab, a militant group in Somalia opposed to the Somali government. Al Shabaab has issued public threats against Kenya due to Kenya’s military intervention in Somalia. The Kenyan authorities have increased security to counter potential reprisal attacks by Al Shabaab. There’s some evidence of growing support for Daesh (formerly referred to as ISIL) in Kenya.

What has happened in the past?

There have been a number of attacks in Kenya in recent years, particularly in Garissa, Lamu and Mandera counties and other areas close to the Somali border, most of which were attributed to Al Shabaab. These have killed members of the Kenyan security forces as well as civilians. The Kenyan security forces have increased their presence in the affected areas. Armed militia groups operate within the Boni Forest and along the border between Garissa county and Somalia. Further attacks are likely. Methods of attack have included grenades, knife attacks, shootings and bombings, including car bombings, and improvised explosive devices. The FCO advise against all but essential travel to within 60 km of the Kenya-Somali border.

On 15 to 16 January 2019, there was a terrorist attack at the DusitD2 hotel and commercial complex at 14 Riverside complex in Nairobi, resulting in injuries and loss of life. One British national was killed.

On 14 March 2018, the Inspector General of the Kenyan Police reported that a major terrorist attack, targeting Nairobi, had been prevented by Kenyan police in February 2018.

Six British nationals were killed in the September 2013 attack on the Westgate shopping mall in Nairobi.

Since spring 2017, there have been multiple attacks in Garissa county and mainland areas of Lamu county involving improvised explosive devices, armed militia and fatal knife attacks.

Several terrorist attacks took place in Garissa county in 2015, including an attack on Garissa University College on 2 April 2015 in which at least 148 people were killed. In June and July 2014 attacks in Lamu and Tana River counties on the Kenyan coast are reported to have killed at least 85 people. Al-Shabaab claimed responsibility for the attacks.

What types of places are a target?

Kenyan official buildings such as government offices and law enforcement personnel and facilities have been targeted. Somali government interests in Kenya may also be targeted. Take extra security precautions if you plan on travelling to any of these places.

The authorities in Kenya have successfully disrupted a number of planned attacks and made a number of arrests in recent years. They have also provided extra protection including in areas near to the Somalia border and on the Kenyan coast.

There’s a heightened threat of terrorist attack globally against UK interests and British nationals, from groups or individuals motivated by the conflict in Iraq and Syria. You should be vigilant at this time.

You should be alert to the heightened threat of terrorist kidnapping targeting Westerners, including British nationals. Westerners have been the target of kidnaps in northern, north-eastern and coastal areas and further kidnaps in these areas are likely.

If you are kidnapped, the reason for your presence is unlikely to serve as a protection or secure your safe release. On 12 April 2019 two Cuban doctors were kidnapped in Mandera north-east Kenya. Kenyan police suspect Al-Shabaab were behind the attack. On 20 November 2018, an unknown armed gang attacked a trading centre in Chakama in Kilifi County, and abducted an Italian NGO worker. A number of kidnaps have occurred in Dadaab refugee camps in north east Kenya. British aid workers in Kenya should satisfy themselves that those arranging their stay have sufficient security arrangements in place.

Assistance: If you would like to talk to us about your needs, requirements and any concerns you may have for travel to Kenya, pls call us on +441225 290210 or email us on info@rpspartnership.com